Mufasa attended the Wisconsin State Fair 2021 as part of the breed education booth with the Alaskan Malamute Club of Wisconsin.

Mufasa earned his Buddy Alaskan Malamute title (BAM) at 13 months old and is the youngest malamute to have earned this prestigious title. Requirements for this title includes having 10 titles and having spent time working with the public to prove they are of sound temperament.

Mufasa`s last time in Puppy Sweeps before he ages out and he goes out with a bang. Mufasa wins Grandsweeps puppy and his sire, Ketch (owned by Kasaan Malamutes), wins Grandsweeps veteran at 10 years old.

​Mufasa is the number 9 Alaskan Malamute in UKC for 2021.

​Mufasa is the AMCA number two puppy dog for 2021.

Mufasa is taking some time off from conformation showing to focus on his working and rally titles before hitting the ring late 2022 to start on his AKC Grand Championship. 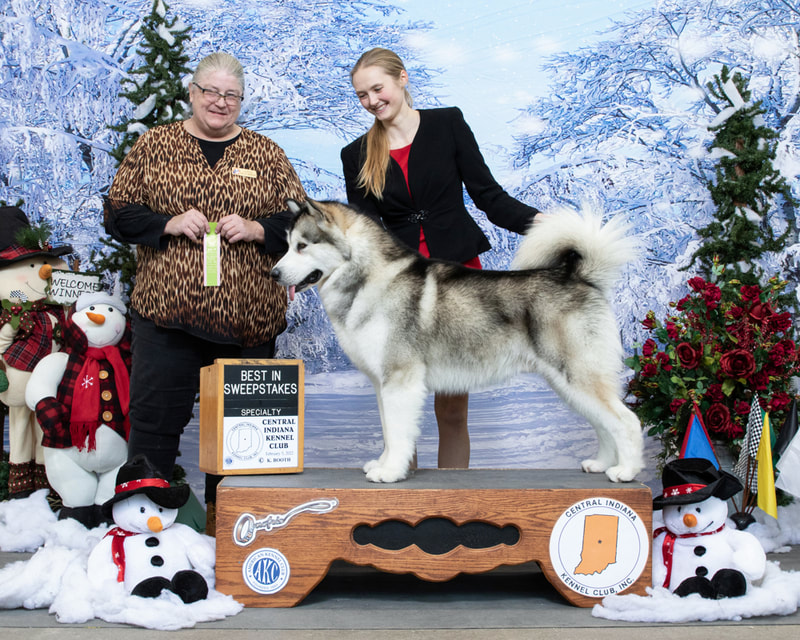 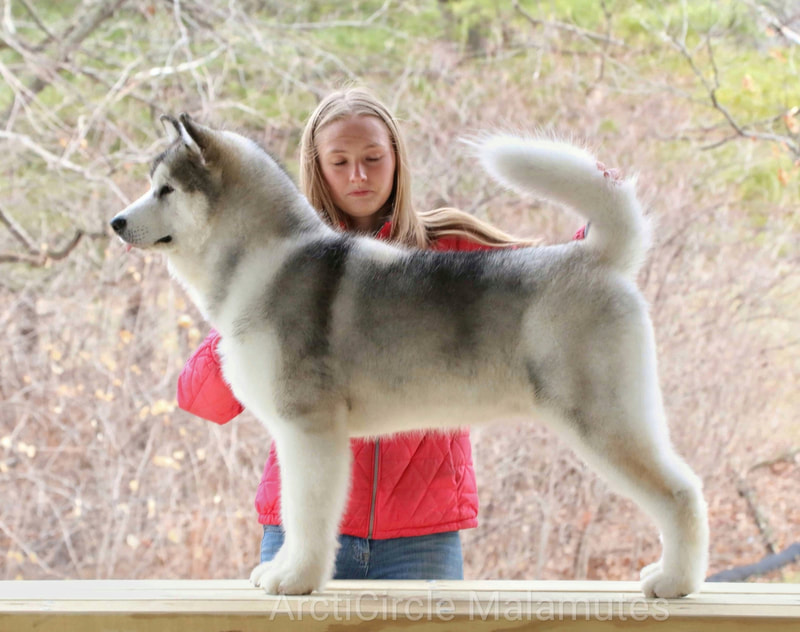 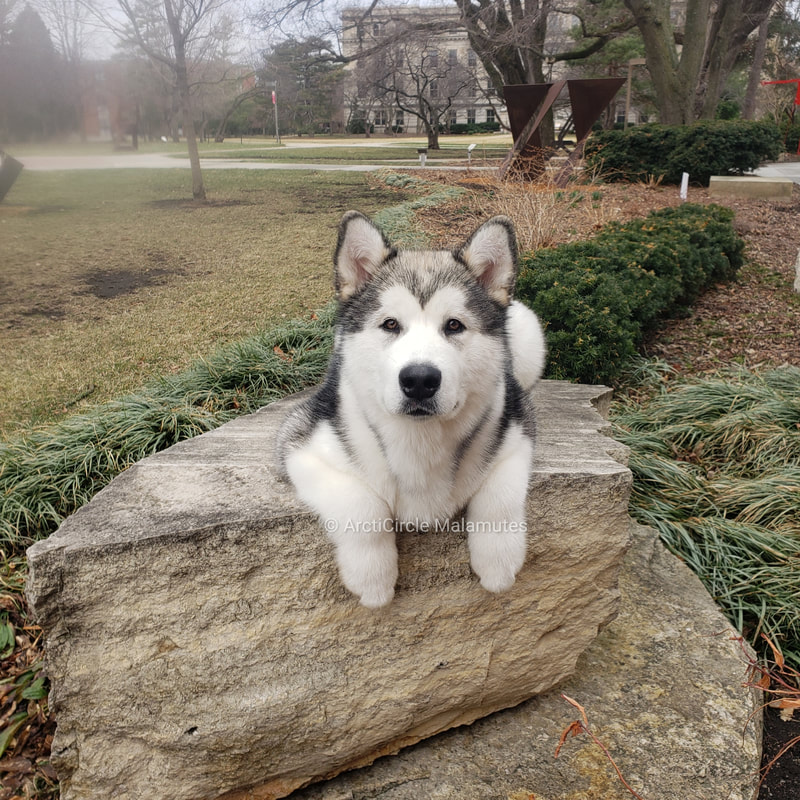 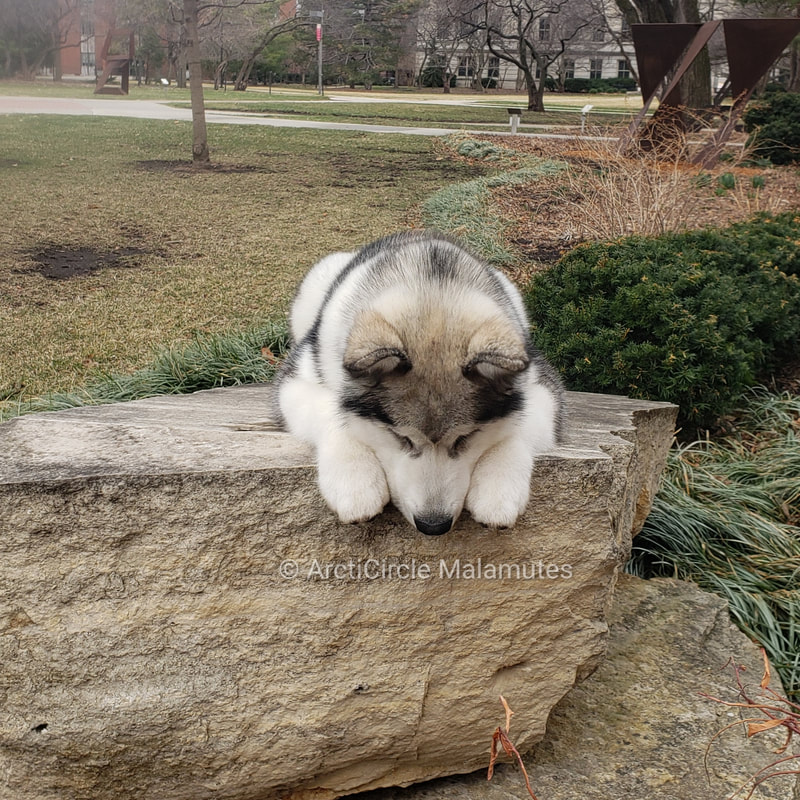 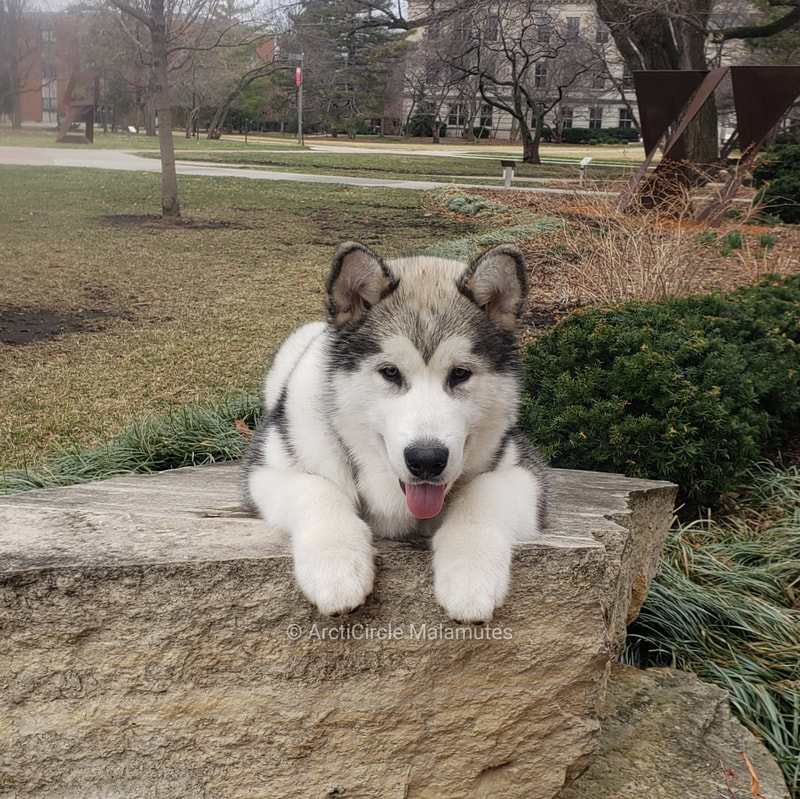 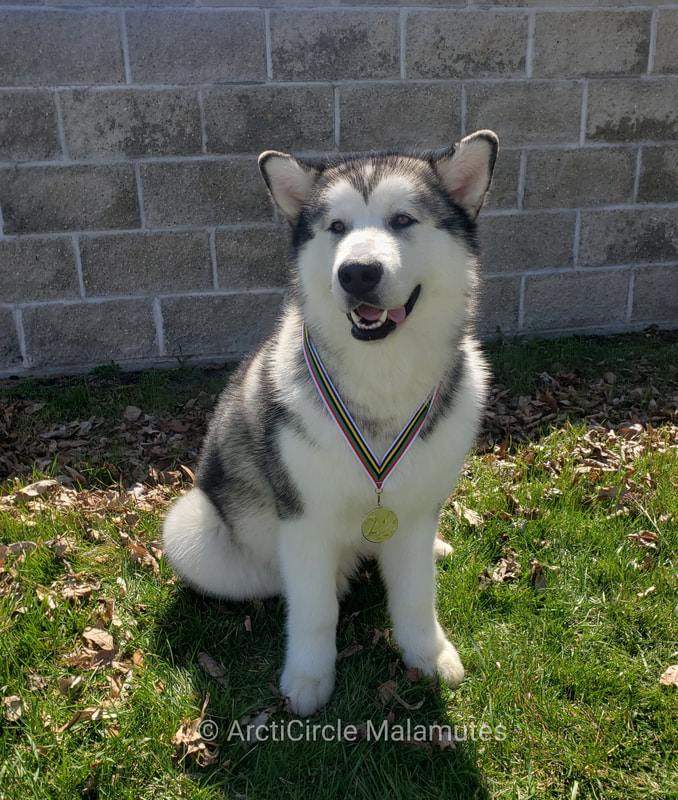 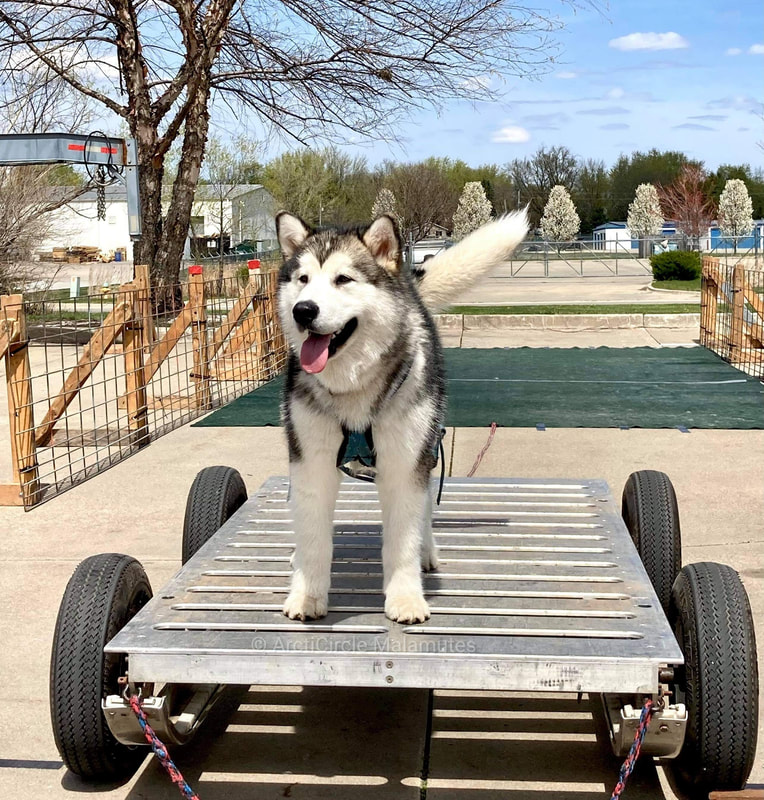 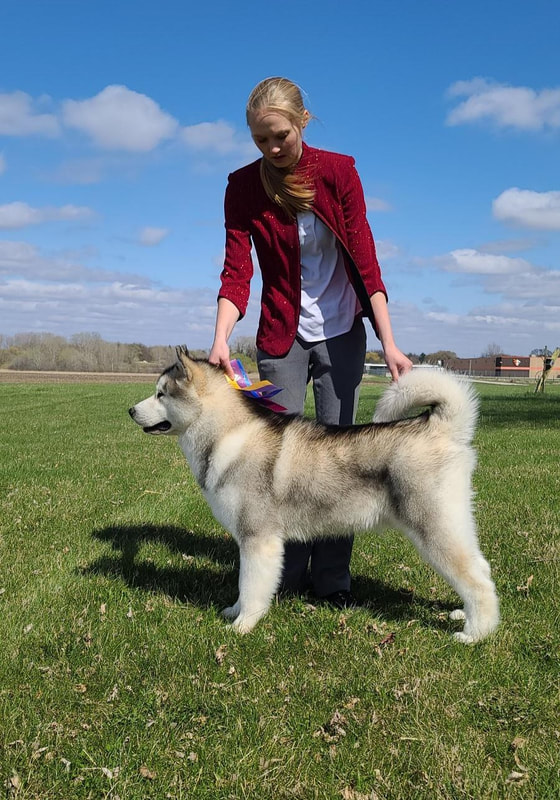 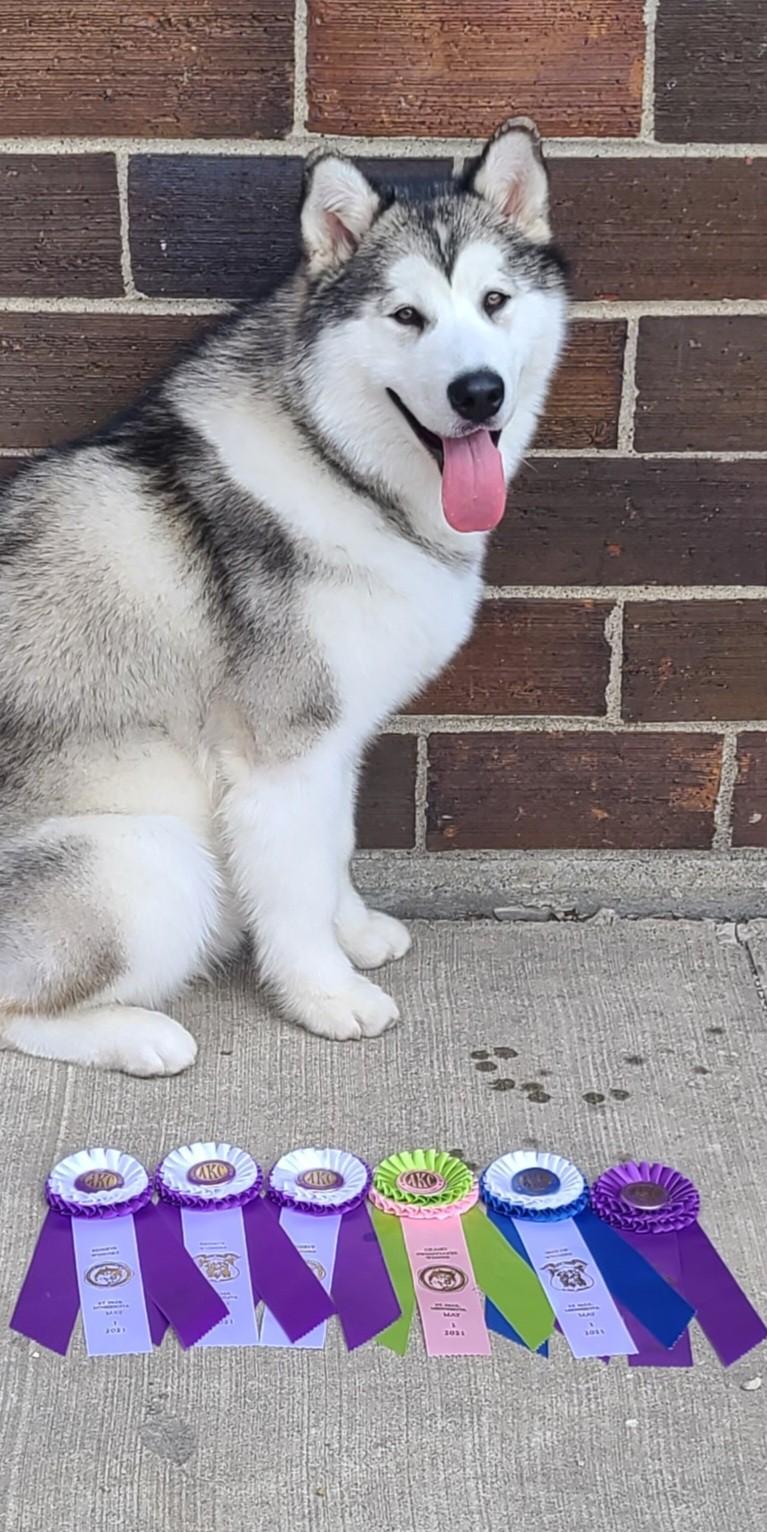